18 March 2020, Oxford: In response to the current climate, which has created much uncertainty for everyone, Union JACK Radio has created a new comedy show #StandUpToCorona that will provide an opportunity for up-and-coming and established comedians to have their material broadcast to the nation, providing lighthearted entertainment at a time when the public needs it most.

Comedians, like many of those working within the entertainment industry, have seen gigs, live events and campaigns cancelled as a result of Coronavirus, so Union JACK Radio – which has always had British comedy at the very heart of its offering – has created #StandUpToCorona to help increase their exposure, while also making the nation laugh.

Launching at 7pm on Monday 23 March and broadcasting from 7-7.30pm every Monday, Wednesday and Friday, #StandUpToCorona will feature comedians including Mark Dolan, Jarred Christmas, Isa Bonachera, Sam Lake, Katie Pritchard and Steve N Allen, with many more names set to be announced. As well as providing live and pre-recorded stand-up from up-and-coming and established comedians, the show will also feature classic comedy clips, such as Blackadder and Fawlty Towers, comedy sketches, impressions and more.

As well as #StandUpToCorona, Union JACK Radio has pledged to broadcast more daily comedy than any other radio station, reinforcing its position as the ‘Home of Great British Comedy on the Radio’ and making it THE audio destination for comedy fans nationwide.

Giles Gear, Programme Manager at Union JACK Radio, said: “Union JACK Radio has always had comedy and a commitment to support the comedy industry at its core. By launching #StandUpToCorona, we are taking a step to provide all comedians with a national platform for their material, whilst also creating something that will undoubtedly make the public laugh at this difficult time.

“We shared the concept amongst the comedy industry earlier today and have already been inundated with responses.  We’re thrilled with the support so far but can always include more great comedy, so we’re looking forward to speaking with more comedians over the next few days and weeks. We have many more big names to announce in our line-up!”

Union JACK Radio has quickly cemented its reputation as the ‘Home of Great British Comedy on the Radio’ with a sustained investment and a strategic focus on British comedy, playing clips of classic comedy and investing in up-and-coming talent and formats, whilst also extending the reach of some of the nation’s most-loved comedy events, including Leicester Comedy Festival and the Edinburgh Festival Fringe. The station became the fastest growing commercial radio station in the UK in 2019, and today boasts 180,000 weekly listeners. In February 2020, Union JACK Radio was also shortlisted for ‘Best National Station’ at The Radio Academy ARIAS – the leading awards for the audio industry. 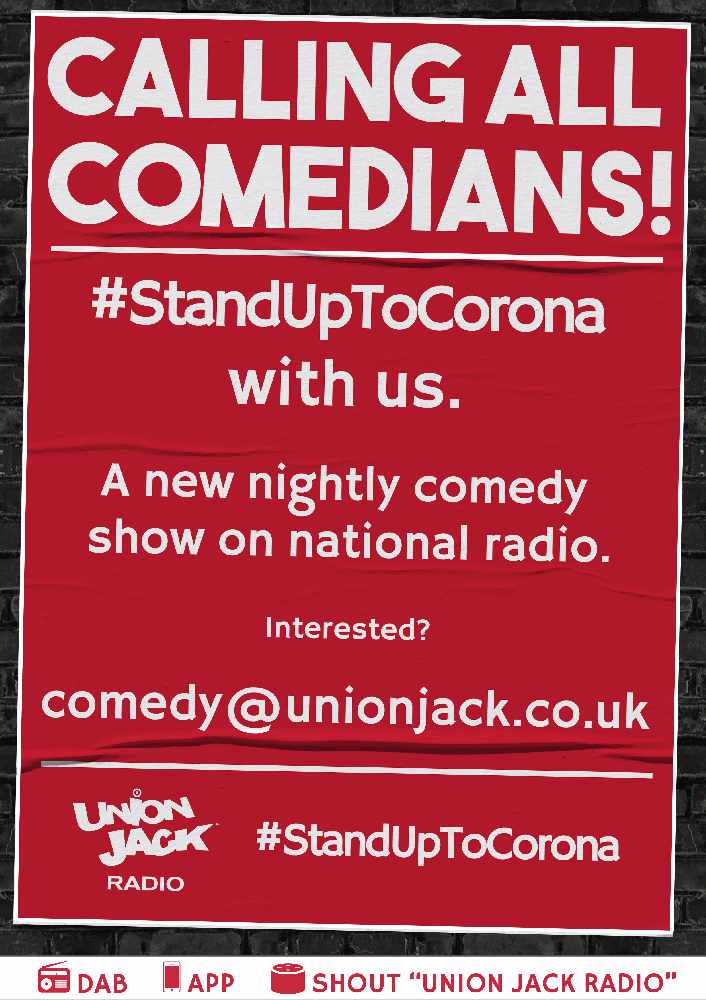 Flavour Of The Weak by American Hi-Fi