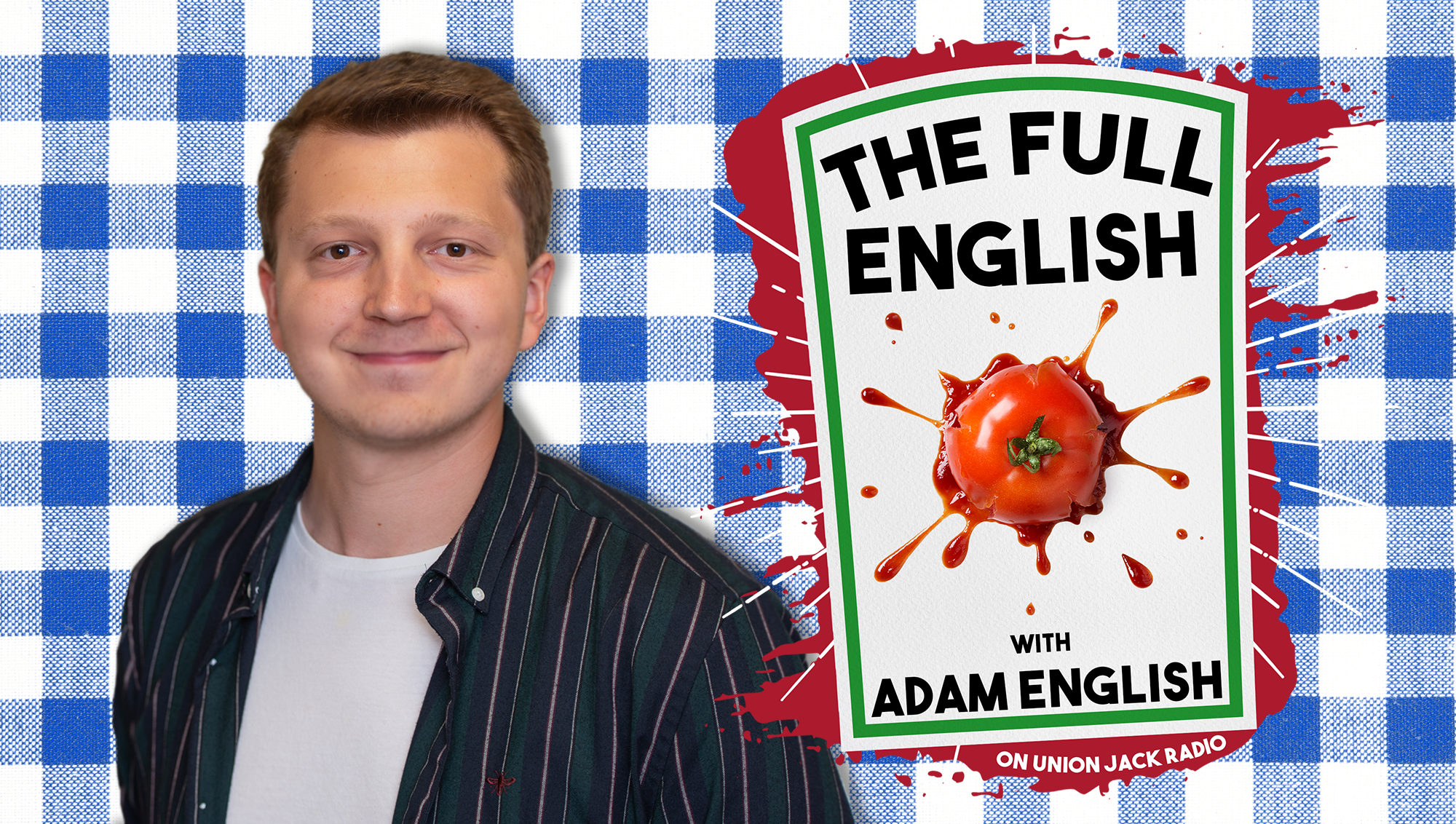 9 September 2019, Oxford: Union JACK radio can today announce that it is to launch brand new breakfast show The Full English - the first live show since the station’s launch in 2016. The Full English launches this Friday 13 September (7am to 9am, weekdays), and will be presented by Student Radio Award 2018 ‘Best Male’ winner Adam English, who becomes the youngest Breakfast Presenter on national radio.

Encompassing everything that makes Union JACK radio stand out from the crowd – the British music, the comedy, the listeners – The Full English will feature the best British bangers, lots of silly games and will make Union JACK’s unique listeners the star of the show; celebrating the weird and wonderful people of Great Britain and inviting them to ‘co-pilot’ alongside English. The opening show will feature a Town Crier from Abingdon Crier Guild, who will be delivering listener messages live on air, in a style that will set the future tone of The Full English.

English – who presented a one-off show on BBC Radio 1 following his ‘Best Male’ award-win at the Student Radio Awards – cut his teeth on student radio, presenting multiple shows on RAW 1251AM during three years at Warwick University, where he became known for his creative and unique voice. The much-respected breakfast show host of BBC Radio 1, Greg James, said of English that he “will almost certainly take my job one day.”

Having joined the JACK team following his graduation from university, just one year on, English has been handed the reins of the Breakfast Show by the station’s leadership team, who have never been ones to shy away from convention. Speaking of the role, English said: “I am completely overwhelmed to have my own breakfast show on a national radio station and cannot wait to get started! I absolutely love Union JACK radio – it’s so refreshing, completely nonsensical and has the best listeners in the world. I’m really excited to put them at the forefront of this thing, alongside the brilliant music. Bring it on!”

Giles Gear, Programme Director at Union JACK, added: “The team at Union JACK radio recognised Adam’s potential way beyond a one-off show and this is evident in him being rewarded with his own daily breakfast show. Don’t think that this is going to be like every other breakfast show though – The Full English is the antidote to the exclusive, ego-driven breakfast show of the wider radio landscape; we’ll be letting our listeners lead the way, not our famous friends.”

Union JACK broke new ground when it launched in 2016 announcing a format that saw the audience select the music in its entirety, via an app boasting the most extensive playlist in UK radio. Today, the station has become the fastest growing in commercial radio, with a complete focus on the best of British music and comedy, and an array of high-profile comedic talent gracing the station’s schedule.

Union JACK is available across the UK on digital radio, online at unionjack.co.uk and via the Union JACK app.

Every Morning by Sugar Ray

Take My Breath by The Weeknd