Historic stand-up not been heard for years comes from the likes of Ed Byrne, Omid Djalili, Andy Parsons and Marcus Brigstocke 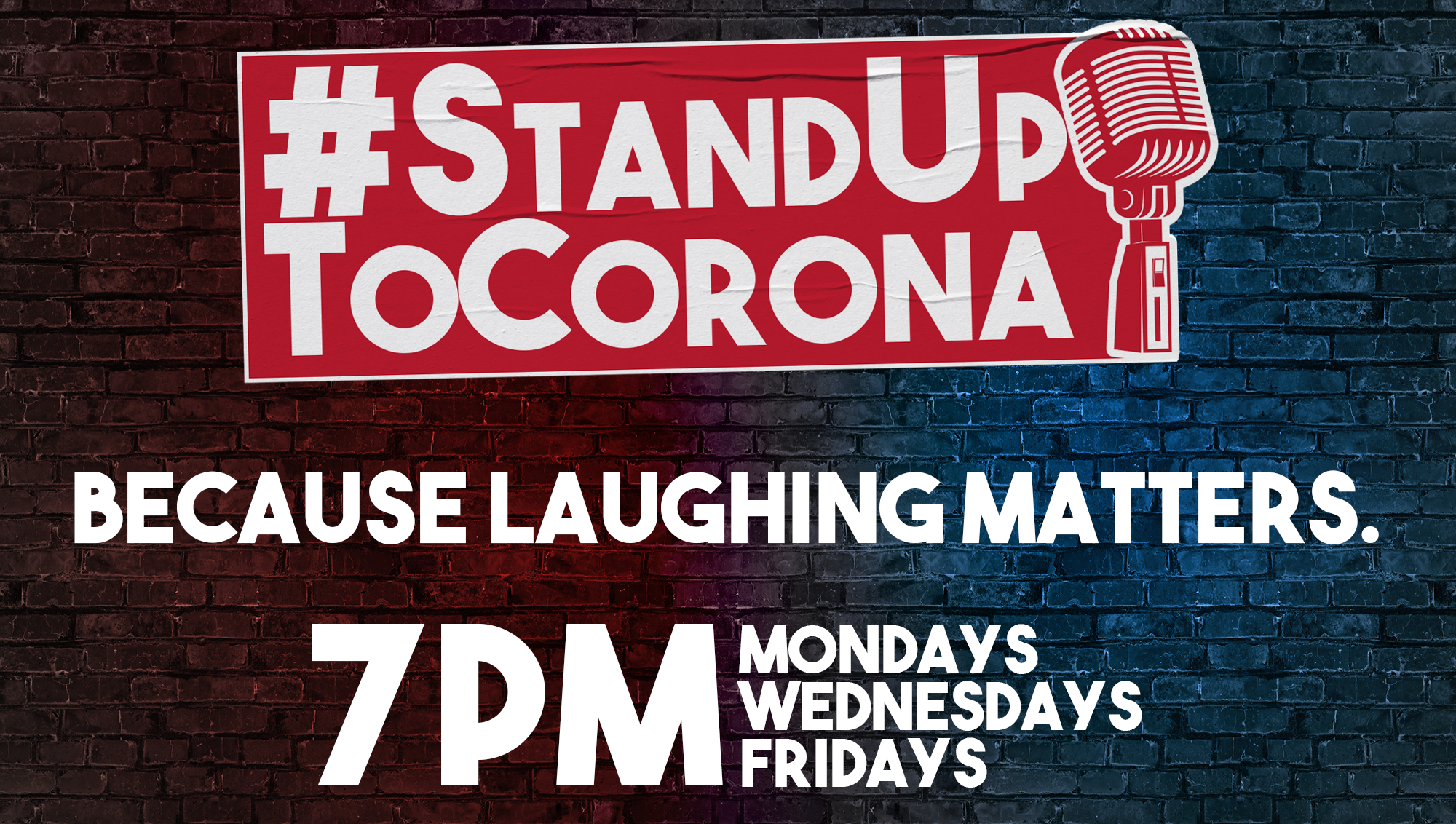 25 March 2020, Oxford: Last week, national digital radio station Union JACK announced the launch of #StandUpToCorona – a cleverly curated radio show highlighting some of the best stand-up and comedy content on British radio; designed to make the British public laugh at this time of uncertainty, whilst also giving comedians a national platform to broadcast their content when many have seen their gigs, tours and events cruelly cancelled. #StandUpToCorona can be heard on Union JACK radio at 7pm every Monday, Wednesday and Friday.

Building on this clever creation, Union JACK radio can today announce that the #StandUpToCorona line-up now includes a host of big-name comedians and some of their funniest stand-up performances. Listeners can expect to hear classic stand-up clips from comedians including Ed Byrne, Omid Djalili, Marcus Brigstocke, Andy Parsons, Rhona Cameron, Simon Evans, Adam Bloom, Sean Meo, Junior Simpson and Mike Gunn, originally heard on legendary 90s TV programme Live At Jongleurs; a point that marked the moment that many of these names became destined for big things and much of which has not been heard for years.

As well as providing live and pre-recorded stand-up from up-and-coming and established comedians, #StandUpToCorona will also feature classic comedy clips, such as Blackadder and Fawlty Towers, comedy sketches, impressions and more.

Union JACK Radio has quickly cemented its reputation as the ‘Home of Great British Comedy on the Radio’ with a sustained investment and a strategic focus on British comedy, playing clips of classic comedy and investing in up-and-coming talent and formats, whilst also extending the reach of some of the nation’s most-loved comedy events, including Leicester Comedy Festival and the Edinburgh Festival Fringe. The station became the fastest growing commercial radio station in the UK in 2019, and today boasts 180,000 weekly listeners. In February 2020, Union JACK Radio was also shortlisted for ‘Best National Station’ at The Radio Academy ARIAS – the leading awards for the audio industry.

#StandUpToCorona can be heard on Union JACK Radio every Monday, Wednesday and Friday at 7pm. Listen on DAB, online at unionjack.co.uk and via the Union JACK app.

Forget Me by Lewis Capaldi

On The Wings Of Love by Jeffrey Osborne
On Air