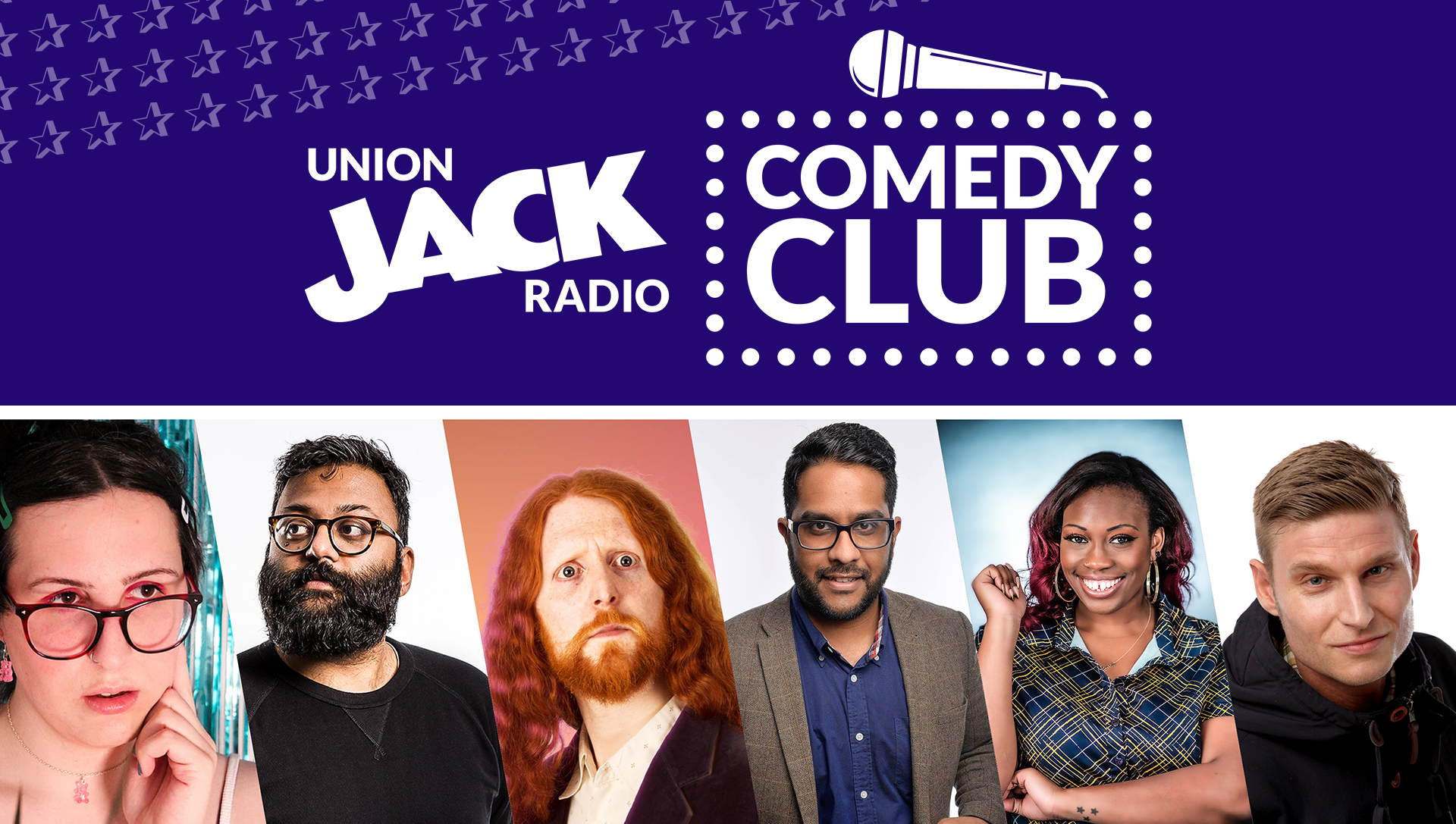 20 September 2021, Oxford: National digital radio station Union JACK can today announce the details of a brand new radio show which will feature some of the best live comedy presented at The Union JACK Radio Comedy Club – a nationwide series of live comedy events that kicked off earlier this month.

Listeners can expect to hear standout comedy sketches from the likes of Scott Bennett, Jen Ives, Eshaan Akbar, Steph Laing, Jenny Collier, Sikisa and Will Duggan, all of whom have been a part of The Union JACK Radio Comedy Club, which has been held at venues including The Frog & Bucket in Manchester, Chuckle Busters in Bristol, Giggles Live at Social in Hull and The Big Difference in Leicester.

The first episode will include comedy from Paul McCaffrey, who has recently appeared on major UK tours with Sean Lock and Kevin Bridges; Nina Gilligan, who’s often described as a bolshier Mrs. Merton; and Aaron Simmonds, a former BBC New Comedy Award finalist and winner of Jewish Comedian of the Year.

Dick Stone, Group Content Manager for JACK Media, owner of Union JACK Radio, said: “The Union JACK Radio Comedy Club has been a huge success so far, supporting comedians as they strive to bounce back from the impact of the pandemic and giving comedy fans across the country a really fun, live show. We’re excited to now share some of the routines with our listeners and with comedy lovers who haven’t made it along to one of the live comedy club nights yet.”

The Union JACK Radio Comedy Club was created to support the comedy industry following the damaging effects of the global pandemic and to demonstrate Union JACK Radio’s ongoing commitment to comedy. The live comedy club nights continue throughout the next few months – the full schedule and details on how to purchase tickets can be found online at unionjack.co.uk.

Union JACK Radio has demonstrated unwavering support for the British comedy industry since its inception in 2016. Its sponsorship portfolio has included Leicester Comedy Festival, from where it has broadcast shows including Leicester Mercury Comedian of the Year, UK Pun Championships and Circuit Breakers; and Edinburgh Festival Fringe, bringing the festival to life for listeners nationwide with live interviews and features created during the occasion. It has collaborated with and featured some of the nation’s best comedic talent, from Ed Byrne, Omid Djalili, Basil Brush and Marcus Brigstocke, to Jared Christmas, Brian Blessed, Josie Long and Shappi Khorsandi, whilst also nurturing newer talent, such as Josh Berry, whose hit show ‘Josh Berry’s Fake News’ was created especially for Union JACK radio and who has just announced his first UK tour.

Somebody To Love by Queen

My Culture by 1 Giant Leap

Just A Day by Feeder

No Letting Go by Wayne Wonder

A Groovy Kind Of Love by Phil Collins
On Air