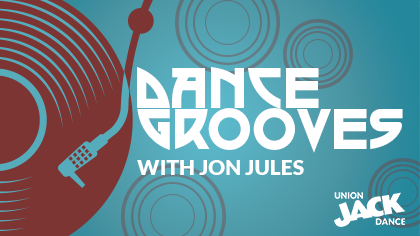 Union JACK Dance Grooves with Jon Jules, which can be heard from 7-9pm every Sunday from 3 October (repeated every Wednesday), will take listeners on a journey through the 80s, 90s and 00s, exploring the legendary British dance music scene. Jules, former resident DJ at London’s illustrious Hippodrome, will venture through the music heritage, influences and inspiration behind the evolution of dance music and its culture in Britain, inviting dance music maestros to share their stories from behind-the-scenes of the industry.

Jules, who has worked with the likes of Brandon Block, Dean Thatcher, and Rocky & Diesel, said: “The dance music scene exploded in Britain in the 80s, 90s and 00s and this show is going to explore just what – and who – it was that helped shape the industry and why it was such a special time for British dance music.”

Listeners can expect to hear from a range of guests including the likes of Beverley Knight, Junior, Noel McKoy, Don-E, Light of the World, Omar, Janet Kay, Kenny Thomas, Simon Dunmore (Defected) and Jazzie B ( Soul II Soul), who will be sharing insight into their own experiences and influences from across the dance music scene.

Dick Stone, Group Content Manager for the JACK Radio Group which owns Union JACK Dance, said: “Union JACK Dance has been building a loyal following of dance music fans, so we’re excited to bring them a show that sets out to really get under the skin of the music genre they love. Jon Jules has been a part of some of the most pivotal moments in British dance music history and it’s particularly apt to be able to deliver this show during Black History Month, recognising the integral role that music of black origin has played within the dance music industry.”

Union JACK Dance launched on national digital radio alongside Union JACK Rock at the end of 2020, both building on the successful Union JACK Radio brand, which brings together the best of British music and comedy. The three services now provide an opportunity for listeners to hear a more substantial and considered British comedy offering than can be found on any other British radio station, together with their preferred genre of British music.

Union JACK Dance Grooves with Jon Jules broadcasts every Sunday, 7 to 9pm, from 3 October (repeated every Wednesday). Listen on DAB, online at unionjack.co.uk or via the Union JACK Dance App.

Shine On by Kooks

Fight For This Love by Cheryl Cole

Angel Of The Morning by Pp Arnold
On Air