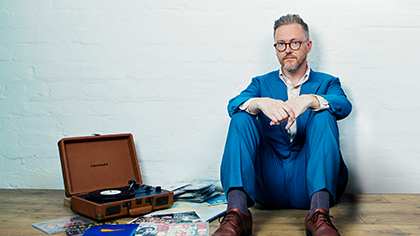 19 October 2021, Oxford: Popular broadcaster Geoff Lloyd will be returning to breakfast radio, hosting JACK’s Wake Up Call for one week only on behalf of the show’s usual presenters, Jim Rosenthal and Trevor Marshall. Lloyd will take the helm of the breakfast show – which can be heard across all six stations in the JACK Media network, including Union JACK Radio and Oxfordshire’s JACKfm – every day between 7 and 9am, from 25-29 October.

Lloyd is of course no stranger to breakfast radio, having hosted the flagship slot for stations including Virgin Radio and Absolute, nor to the JACK network of radio stations, having broadcast three series of his successful show Geoff Lloyd’s Hometown Glory on the network’s popular national station, Union JACK Radio, to much acclaim. The show has seen Lloyd interview household names including Ed Miliband, Phill Jupitus, Anne Hegerty and Tom Rosenthal, using Google Maps to provide a unique trip down memory lane – with some hilarious consequences, in keeping with the comedic output of the much-loved station. He also recently broadcast hit show Beatlejuice, also on Union JACK Radio, which celebrated influential British band, The Beatles. 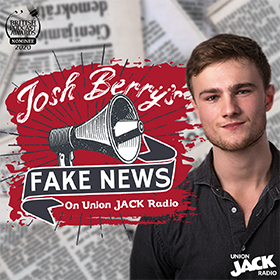 Meanwhile, there is more good news for the JACK team, as hit show Josh Berry’s Fake News – created by critically acclaimed impressionist Josh Berry and broadcast on Union JACK Radio – has been nominated for Best Comedy Podcast in the National Comedy Awards 2021.

Josh Berry originally gained prominence for his impressions of tennis players in 2013, when his impressions of stars including Andy Murray, Novak Djokovic and Rafael Nadal propelled him onto national TV and radio outlets during coverage of Wimbledon. Since then, he has starred in shows including Michael McIntyre’s Big Show, Dead Ringers and The Now Show, and videos that he created during the national lockdown have won him thousands of new fans and plaudits. Josh Berry’s Fake News has previously received a nomination for The Best Comedy Podcast at the British Podcast Awards 2020.

Dick Stone, Group Content Manager at JACK Media, said: “The radio stations within the JACK Media network have become increasingly well recognised for producing and broadcasting truly brilliant comedy content, and for collaborating with and supporting inspiring comedic talent. Working with the likes of Geoff Lloyd and Josh Berry has allowed us to deliver programmes that are clearly resonating with our listeners and gathering the support of the wider comedy industry.”

Sweetest Thing by U2

Closest Thing To Heaven by Kane Gang
On Air