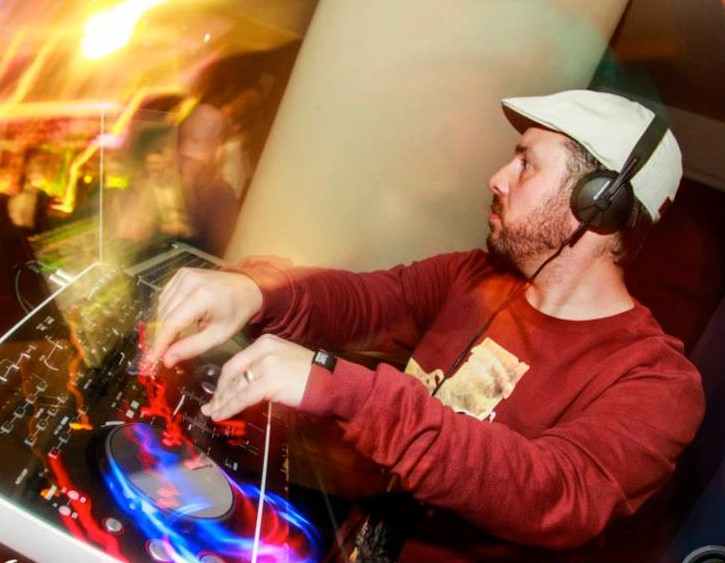 29 March 2021, Oxford: National digital radio station Union JACK Dance, the dance-music-focused sister station of the more established Union JACK radio, can today announce that it is bringing back hit radio show Dancemasters, marking the 20th anniversary of the show that was at the forefront of dance music during its heyday in the early-00s.

Dancemasters was the most listened to dance show outside of London, broadcasting to over half a million people every Friday and Saturday night for nearly a decade. Hosted by DJ and broadcaster James Blond, previous guests included Fatboy Slim, Groove Armada, Craig David, Roger Sanchez, Faithless, Moby and Bob Sinclar, with live broadcasts from GodsKitchen, Sundissential, Cream, Gatecrashers, Miss Moneypennys and more.

To celebrate 20 years since the first Dancemasters broadcast, continuing where the show left off, host James Blond is back, with a series of new shows presented in its original format – all of which will be broadcast on new national radio show Union JACK Dance. Union JACK Dance launched in December 2020, delivering a completely new listening experience which combines the very best of British comedy with the very best of British Dance music. Dancemasters can be heard every Friday night from 7-9pm on Union JACK Dance, starting on Good Friday (2 April), with repeats at the same time every Saturday (starting Saturday 10 April).

The 10-part series will feature a variety of new guests, with interviews and exclusive DJ sets from the likes of Graeme Park, Allister Whitehead, Danny Rampling, Phats & Small, Brandon Block and Judge Jules (see full line-up below). Host James Blond said: “For me, Dancemasters was always about the listeners, the guests and the love that we collectively shared for the music. I’m so excited to be bringing Dancemasters back to a national audience with the help of Union JACK Dance and on its 20th anniversary.”

Dick Stone, Group Content Manager for the JACK Radio Group which owns Union JACK Dance, said: “Union JACK Dance is only just getting started, so to have the opportunity to take a cult-show like Dancemasters with an established and loyal following and to return it to national radio on its 20th anniversary is just huge.”

Union JACK Dance is part of the JACK Radio Group, which is one of the last remaining independently owned commercial radio groups, created by the team who were behind the launch of the Absolute Radio brand. The Group owns three national and three regional radio stations. Union JACK radio is renowned for its unique mix of British comedy and music, today further completed by its national siblings, Union JACK Dance and Union JACK Rock, which provide the same clever mix of British comedy and music, each with its own clearly defined music genre, allowing listeners to choose their own preferred music without compromising on the quality of comedy that the Union JACK radio brand has become renowned for. Meanwhile, JACKfm, JACK2 Hits and JACK3 Chill deliver a range of regionally-hosted shows and content to its audience in Oxfordshire, where the Group is based.

You're In My Heart by Rod Stewart
On Air