3 Foreigners Walk into a Bar 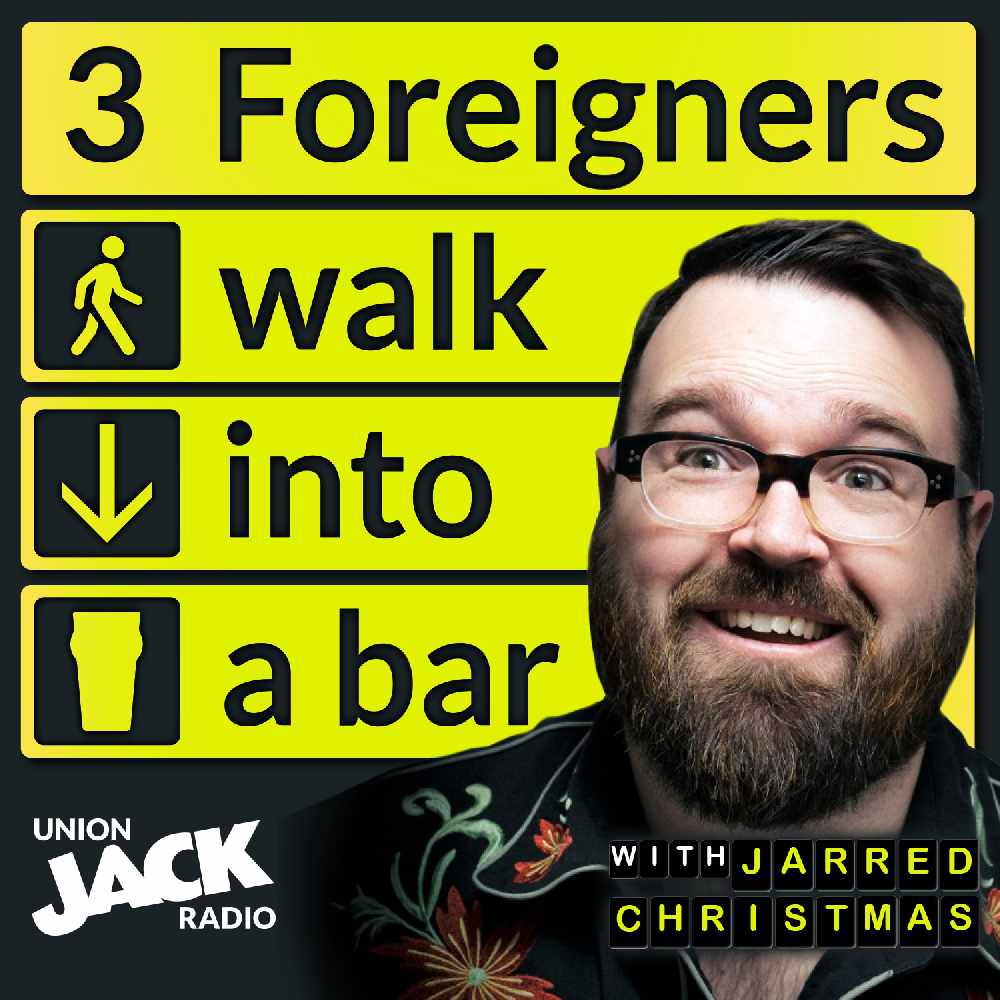 8 February 2021, Oxford: National digital radio station Union JACK has created a brand-new podcast that pokes fun at some of Britain’s oldest and most-loved traditions and mannerisms, in a witty and comedic twist on the jokes about an Englishman, Irishman and Scotsman. 3 Foreigners Walk into a Bar is hosted by popular New Zealand comedian Jarred Christmas, who will be joined by a host of famous names from all around the world, including Russia’s Olga Koch, America’s Reginald D. Hunter, and Japan’s Yuriko Kotani.

The first of six weekly podcast episodes will be released on Thursday 18 February and will be available on demand from unionjack.co.uk or via the Union JACK radio App.

Listeners can expect the panel of comedians to touch on subjects including Hartlepool, the country’s inability to operate decent public transport, the British love affair with ‘old things’ and the clear rivalry between New Zealand and Australia, all of which is cleverly intertwined with personal stories and anecdotes of some of the panelists’ funniest foreign experiences.

3 Foreigners Walk into a Bar is another great addition to Union JACK radio’s comedy credentials, which already includes hit shows such as Josh Berry’s Fake News, Geoff Lloyd’s Hometown Glory and Brian Blessed’s Bedtime Stories. The station, which plays the best of British music and comedy, has seen such continued growth and engagement amongst their listeners that two extensions of the station – Union JACK Rock and Union JACK Dance – were recently launched, each offering a unique genre of British music alongside an unrivalled programme of British comedy. Union JACK radio plays more comedy per hour than any other British radio station.

Giles Gear, Programme Manager at Union JACK radio, said: “The British love laughing at themselves and this new podcast from Union JACK radio celebrates that tradition. It’s the antidote to a truly depressing year and will have our listeners laughing out loud.”

Union JACK Radio is one of few remaining independently owned commercial radio stations, created by the team who were behind the launch of Absolute Radio. It became the fastest growing commercial radio station in the UK in 2019 and today boasts more then 180,000 weekly listeners. In 2020, Union JACK Radio was shortlisted for Best National Station at The Radio Academy ARIAS – the leading awards for the audio industry.

3 Foreigners Walk into a Bar is available from Thursday 18 February. Listen online at unionjack.co.uk, via the Union JACK radio app, or through most major podcast channels.

Take On Me by Reel Big Fish

Locked Out Of Heaven by Bruno Mars